We bought Thiemanns Farm in April 2011 and have since repaired and reconstructed it both in accordance with monument regulations and according to today’s modern standards.

Milestones of the renovation 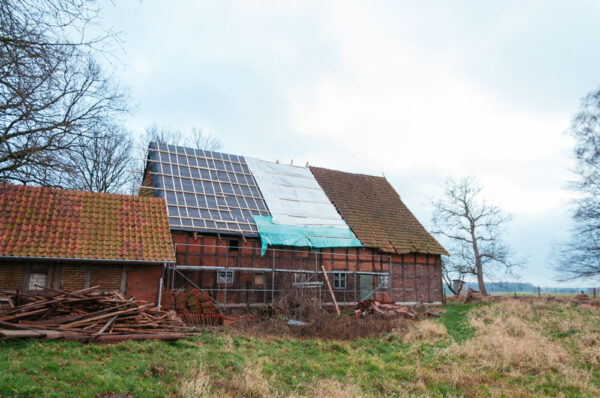 The roof, which had numerous holes and structural damage, is being renovated and reinforced. 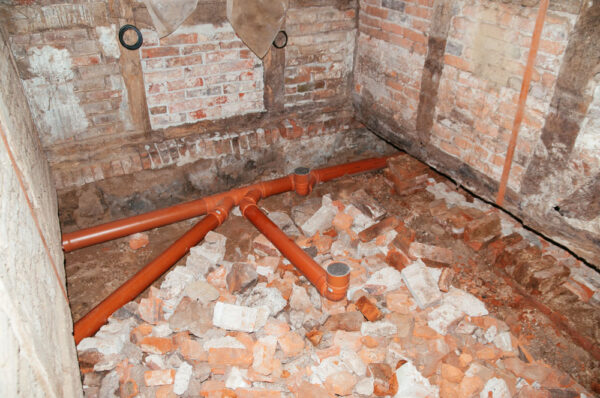 The sewer pipes in the house are being laid. 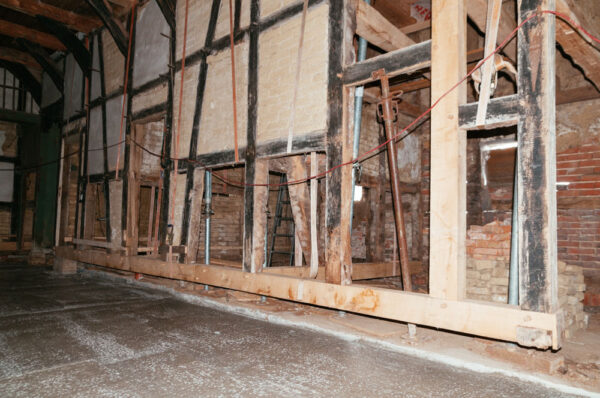 After the clay floor and in some areas also old concrete floor had been removed and the sewer pipes had been laid, the new concrete bottom plate can be poured in several steps. This is the only area where concrete is being used. 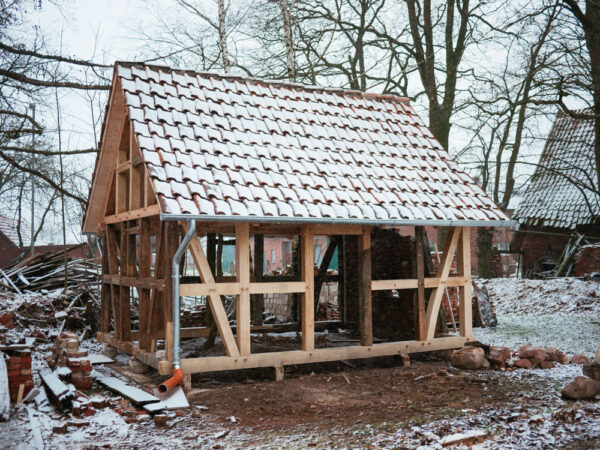 The bake house next to the farm is being reconstructed. 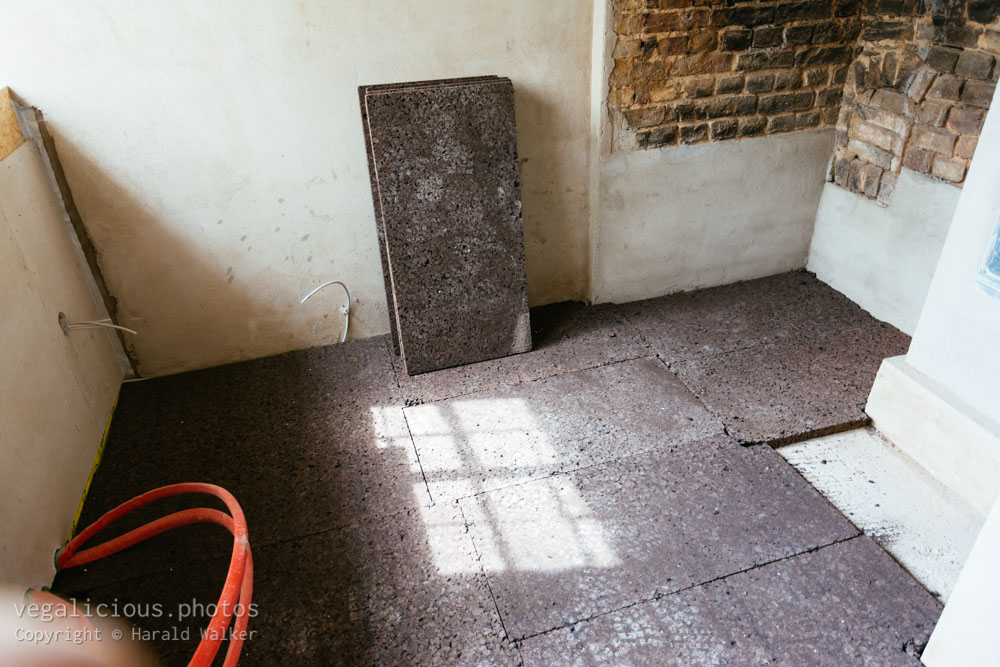 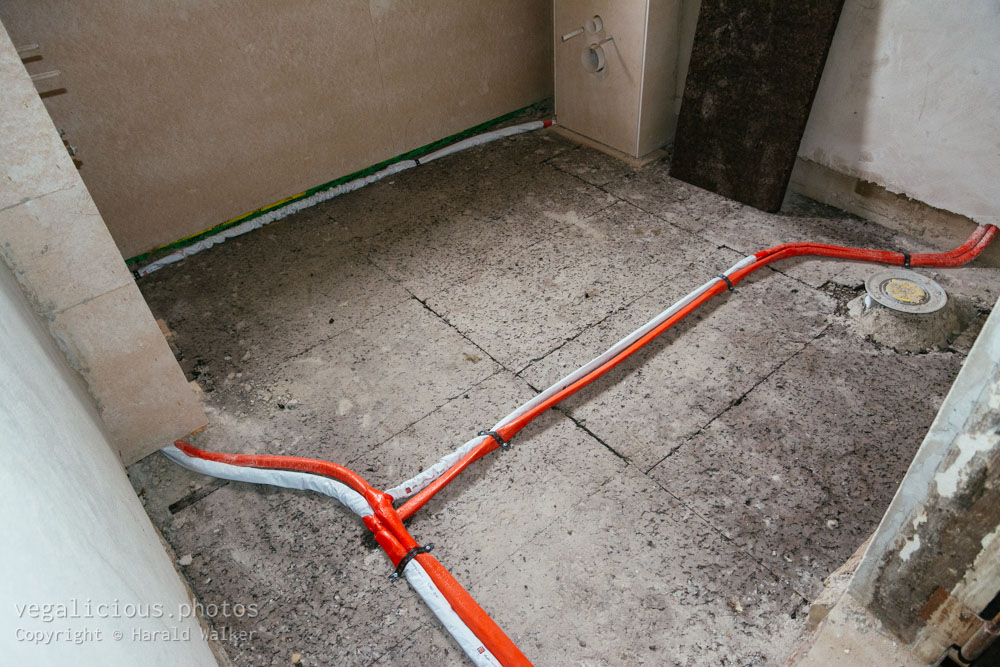 With the insulation in place the cold and hot water pipes can now be installed. 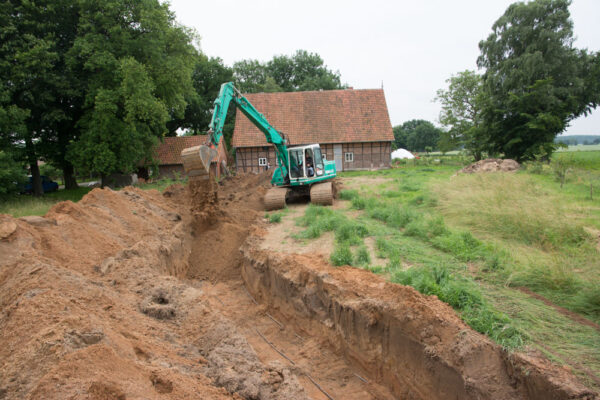 In the meadow next to the house we are laying a 550 m2 (5920 square foot) ground collector for the heat pump. 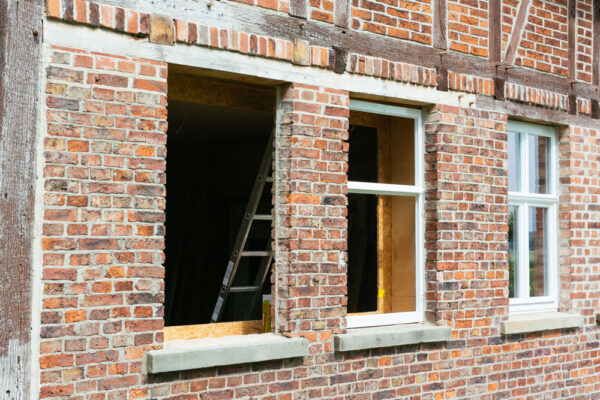 The new windows and doors with thermal insulation glass are ready and are being installed. 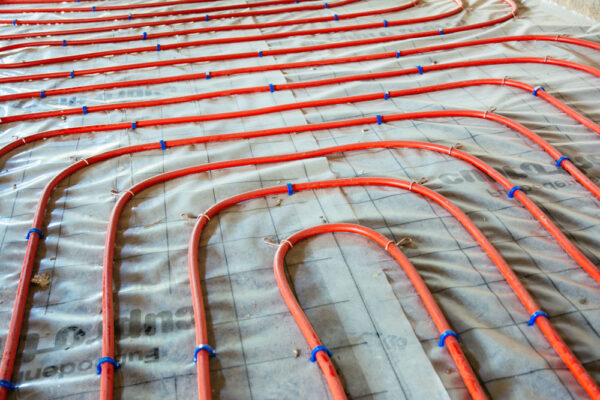 The underfloor heating pipes are being laid.

To make the large central hall habitable a large glass wall with thermal insulation glass is being installed behind the great door at the gable.

For the first time in its history, the farm is being connected to the municipal sewage system. 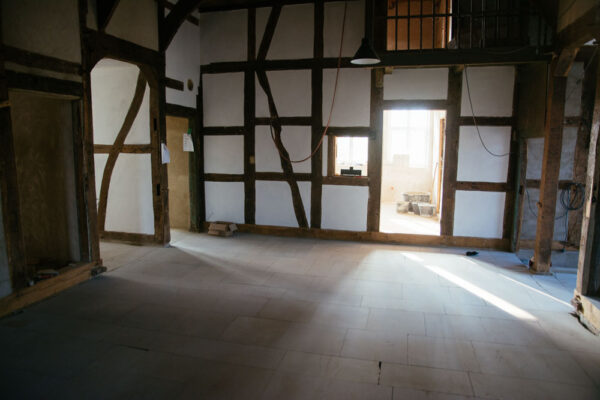 In the central hall (‘Deele’), the floor is made of sandstone slabs. We used locally sourced Obernkirchen sandstone from the neighboring town Bückeburg for this.

The heat pump is being installed and the house can finally be heated this winter. 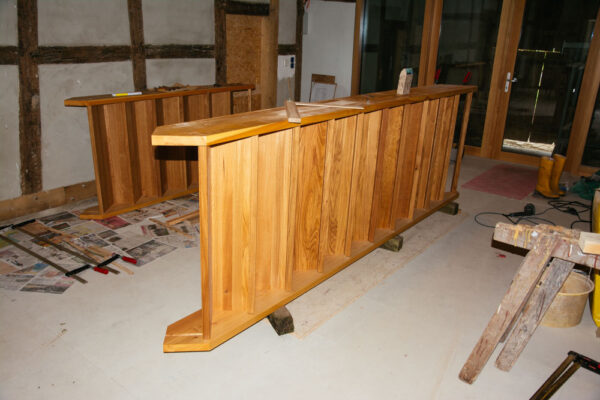 The new stairs to the first floor and to the attic are ready and will be installed. 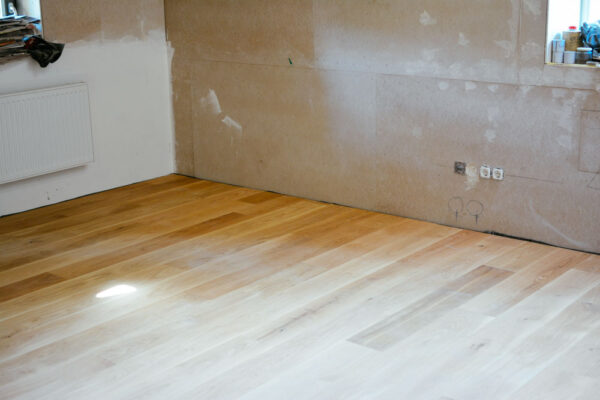 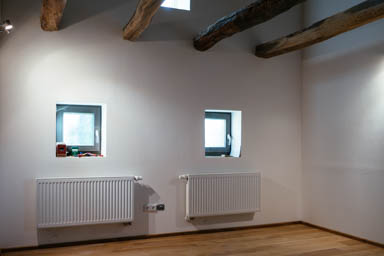 The rooms on the ground floor are being finished step by step, room by room.